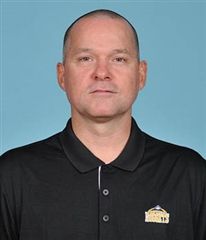 Malone possesses over 20 years of coaching experience, 14 coming in the NBA with five different teams – Golden State, New Orleans, Cleveland, New York and Sacramento. The teams that Malone has been a member of the coaching staff have amassed eight playoff appearances, including one NBA Finals showing and two conference finals appearances.

Before joining the Nuggets, Malone served as the head coach of the Sacramento Kings where he posted a record of 39-67 spanning two seasons. Before his time with the Kings, Malone was the lead assistant for the Golden State Warriors under Mark Jackson from 2011-13 where they appeared in the playoffs both seasons.

Prior to Golden State, Malone worked as the lead assistant to Monty Williams in New Orleans and helped the Hornets achieve a 46-36 record and a trip to the 2011 NBA Playoffs. The Hornets were the most improved defensive team in the NBA in 2011, allowing a league-best 8.7 fewer points per game than in the previous campaign (94.0 ppg, after giving up 102.7 ppg in 2009-10).
Malone also served as an assistant coach under Mike Brown for the Cleveland Cavaliers for five seasons, during which the Cavs posted a 272-138 (.663) record, the third-best mark in the NBA over that span. The Cavaliers made five consecutive playoff appearances during Malone’s time on the bench, reaching the NBA Finals in 2007 and the Eastern Conference Finals in 2009. In 2008-09, the Cavs notched a franchise record and NBA-best 66 wins, with Malone and the rest of the team’s staff earning the right to coach the Eastern Conference All-Star squad. In 2009-10, the Cavaliers again captured the league’s best regular season record with 61 wins.

Malone’s NBA coaching career began with a four-season stint with the New York Knicks, where he originally joined Jeff Van Gundy’s staff as a coaching associate in the summer of 2001, and was promoted to assistant coach in May 2003.
Before joining the NBA, Malone coached seven years in the college ranks, with his last stop coming at Manhattan College where he was the lead assistant. During the 1998-99 season Malone worked at the University of Virginia as its director of men’s basketball administration. Malone also spent three seasons (1995-96 – 1997-98) at Providence College under New York Basketball Hall of Fame coach Pete Gillen after beginning his coaching career working for Greg Kampe at Oakland University in Michigan.

Malone is a two-time participant in the NBA’s “Basketball Without Borders” program, having coached at the league’s global outreach camps in Puerto Rico (2006) and Argentina (2005). He has also served several stints as the summer league head coach for the Hornets, Cavaliers and Knicks, and was one of six NBA coaches to participate in the NBA Pre-Draft Camp in Chicago in 2004 and 2005. Malone also served as an assistant coach for the Canadian Men’s Senior National Team for three years. He helped guide the Canadian team to a top-four finish in the 2009 FIBA Americas Championship in Puerto Rico, qualifying Canada for the 2010 World Championships.

A native of Queens, New York, Malone played college basketball at Loyola College in Maryland, where he graduated with a BA degree in 1994. He is a graduate of New Jersey’s Seton Hall Prep where he played two years under Bob Farrell. Malone also played a season under Tom Blackburn at Worcester Academy (Mass.).

Michael is the son of longtime NBA coach and former Kings and current Detroit Pistons Assistant Coach Brendan Malone, who has coached over 27 years in the league.

He and his wife, Jocelyn, have two daughters, Caitlin and Bridget.
Back