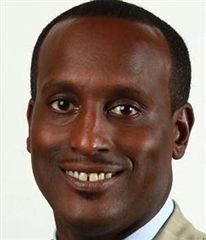 Retired NBA Player, Basketball Analyst
Brevin Adon Knight is an American retired professional basketball point guard who played with nine teams in the NBA from 1997 to 2009. Knight played college basketball at Stanford University and was drafted by the Cleveland Cavaliers in 1997.
He is currently a color commentator for the Memphis Grizzlies on Fox Sports Tennessee.

Knight had a successful college career at Stanford, where he is the all-time leader in assists (780) and steals (298) and third all-time in scoring (1,714). He was chosen by the Cleveland Cavaliers with the 16th pick in the 1997 NBA Draft.

Knight was drafted with the 16th pick of the first round in the 1997 NBA Draft. In his rookie season, Knight led the NBA in steals per game and was named to the NBA All-Rookie First Team. He has played for the Cavaliers, the Atlanta Hawks, the Memphis Grizzlies, the Phoenix Suns, the Washington Wizards, the Milwaukee Bucks and the Charlotte Bobcats, averaging 7.6 points and 6.5 assists per game in his career.

The Bobcats received Knight through their 2004 expansion draft. He was one of the best players on the team during the 2004–05 NBA season, averaging 10.1 points, 9 assists, and 1.98 steals per game as the Bobcats went 18–64. Knight finished second in assists per game in the league, behind MVP Steve Nash. He was waived by the Bobcats on June 29, 2007 after spending the last three seasons with them. On August 13, 2007, he signed a two-year contract with the Los Angeles Clippers. He was traded to the Utah Jazz on July 23, 2008 for Jason Hart.

Following his playing career, Knight joined the Memphis Grizzlies broadcast team as a color commentator on Fox Sports Tennessee in 2010.
Back