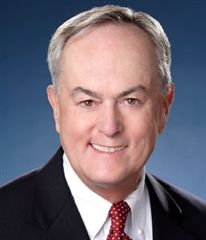 Former Chief Justice of NJ Supreme Court
Mr. Zazzali has served as New Jersey's Attorney General and as an Associate Justice and Chief Justice of the New Jersey Supreme Court. Since returning to private practice, he has been appointed by the state and federal governments, federal and state courts, and litigants as a monitor, receiver, independent counsel, independent investigator, discovery master, and bankruptcy trustee for various institutions and organizations in both the private and public sectors. Mr. Zazzali advises clients on such matters as governance, institutional ethics, internal investigations, and appeals. He also has conducted numerous mediations and arbitrations.

He has served as General Counsel for the New Jersey Sports and Exposition Authority; Chairman of the New Jersey State Commission of Investigation (SCI); Chief of the Appeals Division of the Office of the Essex County Prosecutor; and Vice Chair of both the State's Disciplinary Review Board (attorney ethics) and the Judicial Review Board. The State Department has designated him as a member of United States delegations to various United Nations Conferences in Geneva and Paris.
This Seton Hall Prep alumnus has a decorated career, including the following honors and awards:

For a full bio overview, list of publications and features, honors & awards, and events, please see his page courtesy of Gibbons Law.
Back