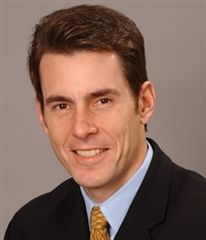 As SI's lead baseball writer for more than a decade, Verducci has enriched SI's readers with an insider's perspective on the game, examining subtle shifts in the ever-changing balance between pitchers and hitters; between slumps and streaks; and baseball's sacred records and the players trying to break them. Despite his deep affection for the game, however, Verducci has never shied away from the hard truth about the sports: His landmark cover piece in 2002 about steroids changed the baseball landscape forever. He has profiled Barry Bonds, Roger Clemens, Sandy Koufax and Ted Williams, among other baseball subjects. Verducci co-wrote (with former Yankees manager Joe Torre) The New York Times bestseller The Yankee Years, which frames the 1996-2007 Yankees around the macro issues and seismic changes in the game and business of baseball in one of the most dynamic eras of change in the sport's history. An anthology of some of his memorable SI stories, Inside Baseball: The Best of Tom Verducci, was released in 2005.

Verducci cites his 1995 cover story, The Dead End Kids, which profiled the struggles of Darryl Strawberry and Dwight Gooden, as one of his most compelling SI features. He broke into sports journalism covering the New York Mets at the same time both players broke into the majors, and says, "That personal parallel made the story go much deeper for me." Another personal highlight came in 2005 when Verducci spent a week as a spring training player with the Toronto Blue Jays. He appeared on the cover of SI's March 14, 2005, issue under the headline of I Was a Toronto Blue Jay, offering readers a true insider's perspective of major league baseball.

Verducci also shares his baseball expertise on television. He serves as an insider on the MLB Network, has served as an in-game reporter for TBS's postseason baseball coverage since 2008 and has been a game analyst for FOX since 2011. He won a 2012 Sports Emmy Award for Outstanding Sports Personality – Sports Reporting for his work on the MLB Network and TBS. Verducci was also a consultant on Ken Burns's documentary The Tenth Inning and is a board member of the Penn State Center for Sports Journalism.

Born and raised in Glen Ridge, N.J., Verducci helped lead his high school football team (Seton Hall Prep) to a state championship, calling his catch of the winning touchdown pass in the title game as the defining sports moment of his life. He moved on to Penn State University, where he received a B.A. in journalism in 1982. Verducci lives in suburban New Jersey with his wife, Kirsten, and sons, Adam and Ben.
Back