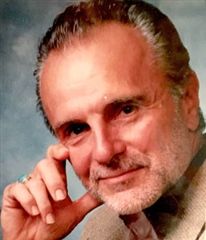 Film Director, Writer, Producter
A film director, writer and producer, Lou started his career in live television in New York City as an Associated Producer of the Pre and Post Game Shows for the New York Mets. He went on to work in the Creative Departments in the New York offices of advertising agencies Doyle, Dane, Bernbach; Ogilvy and Mather and Benton and Bowles as a Senior Creative Producer.

Following his several years in advertising agencies Lou moved to the producer's side and ran the New York office of Filmways of California, an East Coast commercial division of the California theatrical film company Filmways, Inc. Lou produced all national work generated out of the East coast office.

Tiring of running someone else's company, he opted to run his own, and became the founder of Puopolo Productions Inc. Soon, with offices in Los Angeles, Dallas and New York, Lou was able to appeal to a national cross-section of advertisers, their markets and their agencies. His clients included Chrysler, Proctor & Gamble, Saab, Donnay Tennis Racquets, Coca-Cola, Sun Bank, and many others. As a consequence he had a hand in the marketing and creative development, production and/or direction of advertising projects throughout the United States and in many parts of the world. International production for Quantas, shot in Australia, Subaru in Japan, Pan Am in Paris, England, Italy, Saab in Goteborg, Sweden as well as in San Francisco, New York Bank for Savings in The City in London, etc.

With a simple request to capture the visual sense; Puopolo Productions, Inc. was awarded the contract to direct and produce the first two campaigns for New York State Tourism. was the result, an advertising effort whose success literally created a billion-dollar industry in state tourism in the United States. Lou was later asked to be part of the team joined to develop advertising and marketing strategy for the Texas Sesquicentennial, the 150th anniversary of its independence as a republic. Directing and producing the television campaign, he crisscrossed the state of Texas generating footage whose imagery captured the landscapes and attraction of Texas and Texans, anchoring Texas state marketing for several years. These and other campaigns representing almost every product group became part of Puopolo Productions national appeal.
After fifteen plus years producing film and television for the most part, exclusively for marketing projects, Lou turned to screen writing and feature development. Early in this transition Lou Puopolo and Puopolo Productions were asked to direct and produce the 2nd unit in Boston, Massachusetts, of Universal Picture's FIELD OF DREAMS starring Kevin Costner, James Earle Jones and Burt Lancaster.

THE TURNING was invited to seven film festivals around the world: San Sebastian, Spain, The Shanghai International Film Festival, the first in China since 1948, Montreal, Canada, Fort Lauderdale, The Chicago Film Festival and New York's IFFM and The West Virginia Film Festival in Charleston. After both a domestic and an international release THE TURNING is available in both DVD and VHS formats.

Drawn to the remote corners and personalities of America for subject matter, Lou has written, finished and has in development eight scripts. Their subject matter ranges from children's adventures to the Vietnam War, Native American legends, Boston crime and a Miami detective thriller. Lou also writes fantasy adapting the first of fourteen novels about a gothic hero in 18th century Paris.

As a cost conscious businessman, Lou is sensitive to being a partner in the give and take that develops strong client relationships and he is proud of his record of delivering each project he handles as promised.
Back